….and they usually had no recourse!  SUCKERS!!!

Stick a few of these scammy ads in the back of a magazine, promise outlandish results like “cure cancer”, send them some flavored water in the mail, and collect their money! 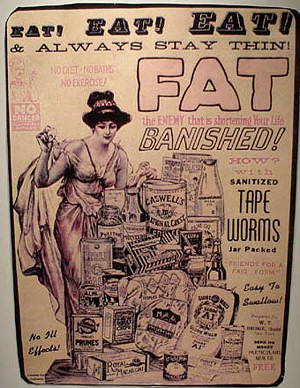 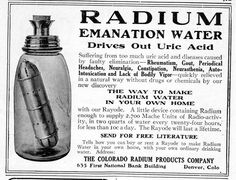 You could scam some poor sap faster than you can say “Awww Fiddlesticks!”

….(or whatever they would say back then).

Back in the 1920’s Old Gramma Gertrude didn’t have any real way of knowing whether the stuff advertised actually worked or not.  She’d never meet anyone else that has used it.  She wouldn’t even have any simple way to know if the company was a legit drug company or some scammy one-person outfit.

BUT…….now in the modern age every single one of us has a super-computer in our pockets connected to the el interneto.

I can search Amazon for any product and see hundreds of reviews of any product.  I can watch video demonstrations on YouTube and other sites.  I can compare the prices on thousands of different stores.  I can even look up the research papers they cite in their claims.
This means the consumer is now pretty damn smart!

For example……which of these two blenders would you buy?? 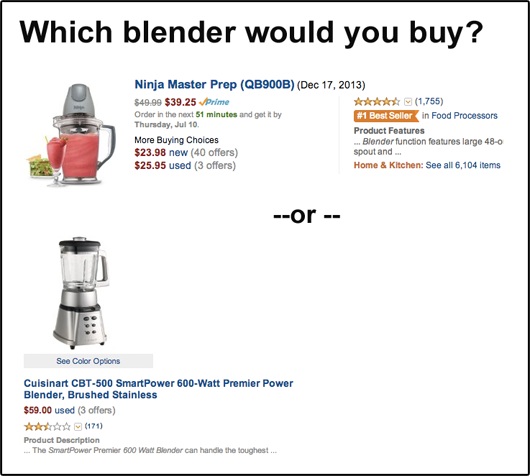 In 10 seconds you could probably make the decision to buy the first blender.  Right there on the page it shows you the price, a picture, and the unbiased opinions of hundreds of people.  I’d never know the motor on the 2nd blender craps out after one month….but 65 people in the reviews let me know.  So I’d never buy it.

SO, each year the consumer is getting smarter and smarter because of technology.  This means scamming people will get harder and harder.

And if you want to be around in the long run, I highly suggest you start being HYPER HONEST about what you’re offering.

Let’s get some examples.

Here’s an ad I saw for a marketer guy (Please don’t kill me Lewis you 6′ 5″ monster). This ad isn’t REALLY bad…..but look what it says: 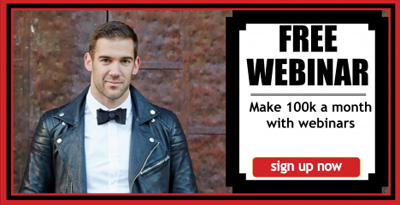 It says you can make that $100,000 by using webinars.  Which kiinnnd of implies that:

But we can redeem this ad and make it 100% scam-free and hyper-honest by adding a super-tiny addition like this: 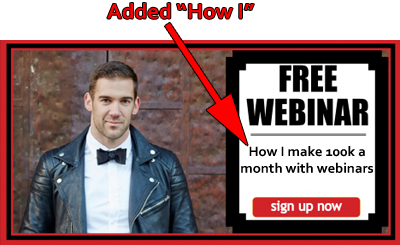 This is a light example that’s not really super scammy, but let’s get more invidious now……    ;-)

The marketing on this next example is worded so you THINK:

Check out the image: 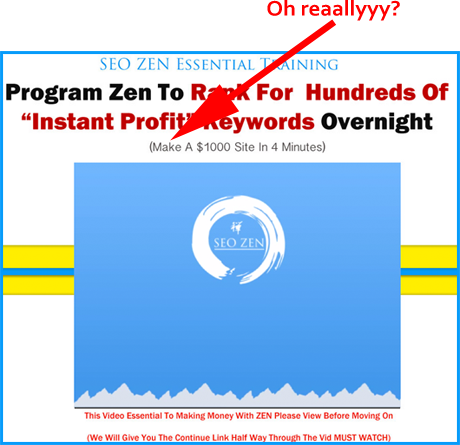 Now I’m willing to bet that FAR LESS than 1% of the people who buy this product (which just makes seo-spam websites) will actually be able to “just spit out a site that makes $1,000” using this product.

If less than 1% of the people taking a course experience the results it promised, that my friend, is a SCAMMY PRODUCT.

Think about that atrociously-low success rate of 1% or less in terms of a physical business…..

If Apple sold iPhones at a 1% working rate, that would mean only 1 out of 100 iPhones they sell would work!

They’d be out of business by the end of the month if this is how they did business!

SO what are you to do when selling a product if you can’t “embellish” a little??

People are smart.  They also don’t like to be scammed.  Duh.

So when I was working on my VERY first digital product ever (which was showing how I started a drop shipping company I used to own), some people recommended names like:

But that would be a total lie.

I couldn’t promise ANYONE they would be able to build their own by watching how my drop shipping business worked. So I went the honest route of “seeing the inner workings of a business” and “inspiration from seeing how ghetto my business is”.

Here’s how it was promoted:

See how it never promises anything other than showing you exactly how MY OWN business works, and maybe it’ll inspire you to do the same?? (which it actually did for an insanely large amount of people).

The point of the product was to show people JUST HOW GHETTO the behind-the-scenes operations were, and that it wasn’t as slick-and-fancy as most people thought.  This would show them it’s NOT complicated as they thought, and even THEY could do something similar.

As information gets free-er and more easily accessed, you will have less opportunities to pull off the scams of the past.

If you scam people, they can easily refund their purchase, report you, write things online about you and badmouth your name to the entire world.