Finding an idea is the last thing – Skills are better :: Kopywriting Kourse

Finding an idea is the last thing – Skills are better

Back in 2001 I started a rave website called HouseOfRave.com (don’t bother going there someone else owns/runs it and does a terrible job).

I started it at the end of high school, and by college it was making me about $500 to $1,000 a month in profits….a hullva lot for a college student.
It fascinated my fellow classmates that I made money from a website without a job……and they would say this particular phrase to me:

Did you notice what’s blazing WRONG with that sentence?!
Notice which word they focused on:

These people really thought the reason they couldn’t build a business was because they didn’t have a good IDEA.  Bahhahahaha!!!

I thought this was so hilarious because the reason I could start a business like a rave website that sold lightup and glow stuff (even though I’ve never been to a rave in my entire life) was because I had the right set of skills to do it.

The idea didn’t matter much.
The execution did.

So allll while I was building HouseOfRave and other little side-busineses, I was constantly pickup up bits of information and skills and storing them in my head. 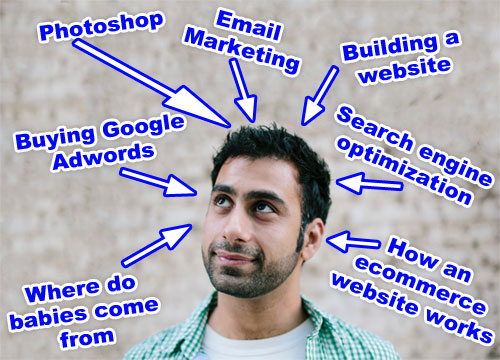 And sure enough, as I built more and more dumb little side-projects, I got better and better.

It’s because I was building an arsenal of useful skills I could use in every project.   And whenever I had a “good idea” I could rapidly execute on that idea.

So tomorrow (Sunday) I’m closing down registration to my AutoresponderKlass.  I’m telling you because an autoresponder is a damn strong weapon to have in your marketing arsenal!

And if you have a business already running, then an well-designed autoresponder is one of those tools that can “warm up customers to buy” without you lifting a finger.

If you have no idea what an autoresponder is, you can watch this video and it’ll explain it, and even show you HOW to use one: 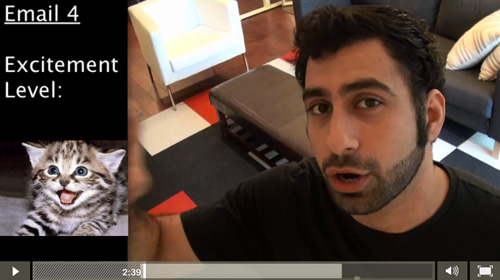 The price of the class is faaarr below any college class I’ve ever taken, and the skills you’ll learn will be faaarr more useful than most college classes too.

Not only that, but by the end of this Klass, you will have a full marketing system that is collecting emails on your site and then auto-warming-up customers.

And best of all: You’ll learn a skill that will stay in your marketing arsenal forever.

If this sounds up your alley, invest in yourself and grab the AutoresponderKlass today.  It’s $397 and well worth the investment in yourself.

Click this linky-link to watch a video about the AutoresponderKlass!