How I Got Rid of Carpal Tunnel Wrist Pain: Doing Handstands :: Kopywriting Kourse

How I Got Rid of Carpal Tunnel Wrist Pain: Doing Handstands 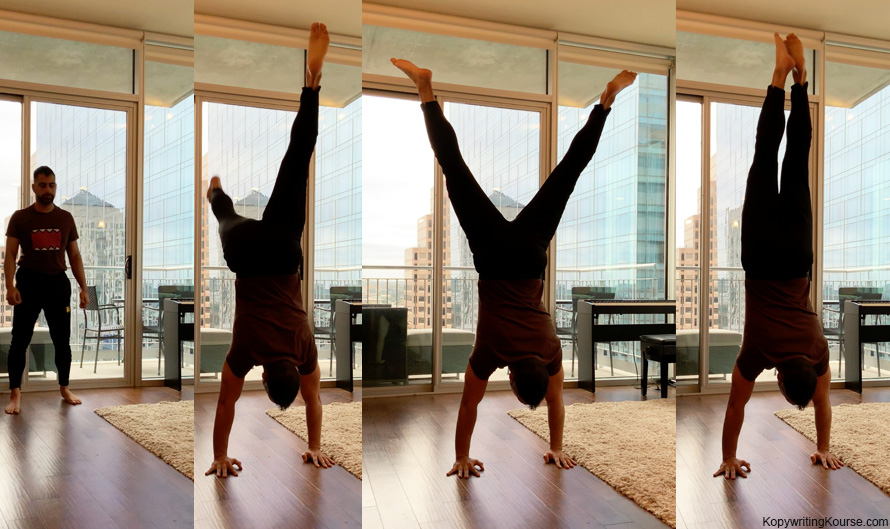 But around 10 years ago at the age of 26 my wrists started hurting a bunch from being on a computer a bazillion hours a day.

I’d frequently have to stop working and rub my wrists.

Even at the young-and-dumb age of 26 I knew this seemed WAY too early to be experiencing wrist pain. I looked up all these carpal tunnel stretches and made half-assed attempts to do them every few hours. It didn’t really work.

Then in November 2010 I accidentally did the smartest thing ever: I wanted to learn how to hold a handstand: 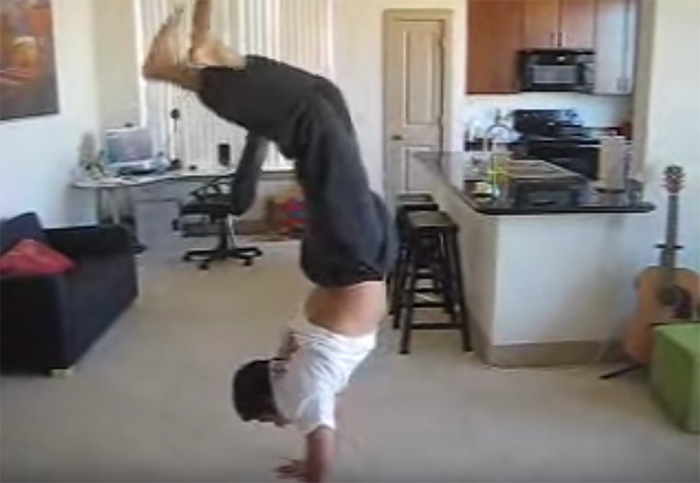 Doing a handstand circa November 2010. 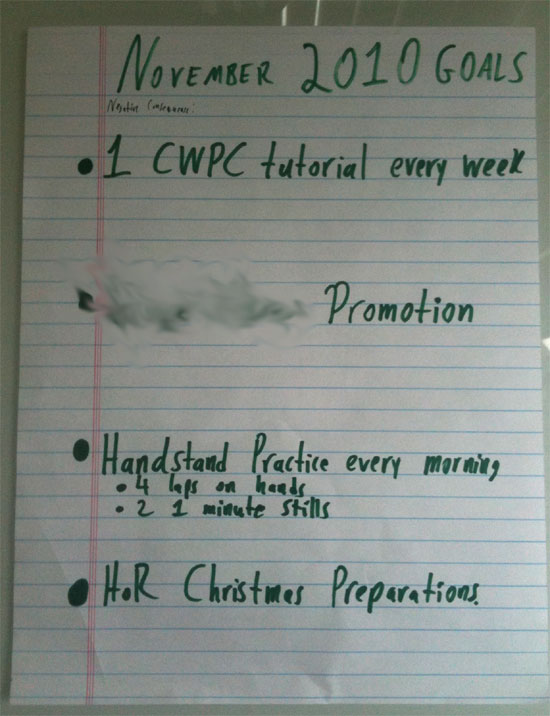 November 2010 Goal was to hold a handstand.

After about a full month of daily practice, I was able to hold a strong handstand for nearly a full minute. I’m still able to do a pretty solid handstand today:

What I was inadvertently doing with these handstands is putting my entire ~180 lbs of weight on two wrists and stretching them out! 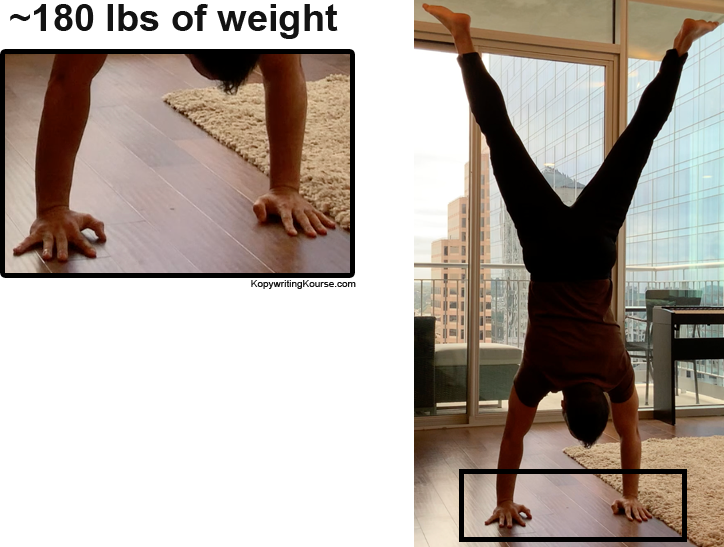 After doing this for a month……I remember asking, “Whatever happened to that wrist pain stuff I used to have??”

It had simply gone away! 8+ years later, it’s still gone.

Despite using multiple devices all day long in weird positions, I’ve never had any returning symptoms of carpal tunnel till this day, and I accredit that dramatic shift to occasionally busting out a handstand a few times a week!

If you’re interested, here’s how I personally learned to do a handstand: 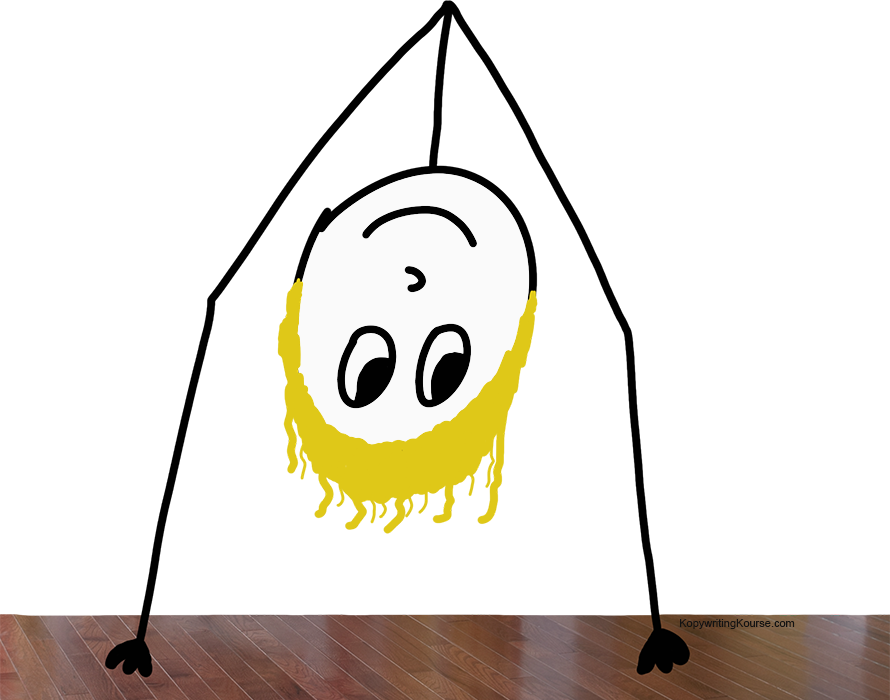 Exercise 1.) 4 laps walking on hands across living room each morning and night.

Exercise 2.) 1 minute holding handstand against wall each morning and night.

Some more rules and advice:

Preferably practice on a carpeted area at first.
When you first try to stumble across a surface, you’ll probably fall a lot. Having carpet is obviously preferred! However, you will eventually learn that holding a handstand very still is far easier on a hard surface than a squishy surface such as carpet.

Try “walking around” on your hands throughout the day.
This ends up stretching your wrists FAR more than simply holding against a wall.

The goal of the first few days is to strengthen your wrists to hold your weight.
I would try holding myself upside down, and in the first 15 seconds or so could feel my wrists aching (NOT shooting pain, just very dull aching). This went away after a week or two of practice.

After doing this routine each morning and each night, I was able to hold my entire weight for about a minute within 1 or 2 weeks with no pain. It was around this time any signs of carpal tunnel had gone away.

Hopefully this helps someone else out there….I will then challenge you to a handstand-off :-)

P.P.S. If you’re a writer or computer monkey like many of us here, how have YOU managed to stave off carpal tunnel (or does it frequently bother you)?

Copywriting Guides:
Direct Mail Marketing Guide
One Pager Examples
Blog Post Titles
Eliminate BuzzWords
Writing Strategies
Plain Language Course
Joe Sugarman Triggers
Ecommerce Holiday Planning
Real Estate Listing Descriptions
Sell Me This Pen
What Is Scaling?
Copywriting Software
How To Write Fast
Leading Questions
Clincher Sentences
Blog Content Strategy
Why Use Images Vs Text
How To Write A Brochure
Headlines That Sell
Using Ear Plugs To Write
How To Sell A Food Product
Writing Guides
Podcast Show Notes
Client Questionnaires
T-Shirt Marketing
Three Tiered Pricing
Different Pricing Examples
Money Back Guarantees
How To Make A PDF
How To Write A Postcard
Can AI Replace A Writer?
Billboard Advertising Guide
Write an AirBnB Description
How To Write A SWOT Analysis
How To Write A Hook
Write A Mission Statement
Job Interview Questions
How To Write A Memo
How To Write A Testimonial
Make Money Licensing Music
How To Create A Tagline
Work From Home Successfully
LinkedIn Recommendations
Choosing The Right Photos
How To Start A Conversation
How To Sell Art Online
How To Be Self Employed
How To Become A Life Coach
Best Business Podcasts
Tone Of Voice In Copywriting
Workplace Communication Skills
Power & Trigger Words For Sales
How To Hire A Copywriter

Copywriter Mentality:
What Makes A Good Writer?
What Is Creativity?
Writers Block
Copywriting Quotes
Stop Procrastinating
Process Vs Outcome Goals
Become a Triple Threat
Psychology Of Marketing
Problem Solving Activities
Getting To Product Market Fit
Take A Workcation To Think
Health / Wealth / Love Test
How To Interview Someone
Get A Job Or Start A Business?