Am I Dumb? :: Kopywriting Kourse 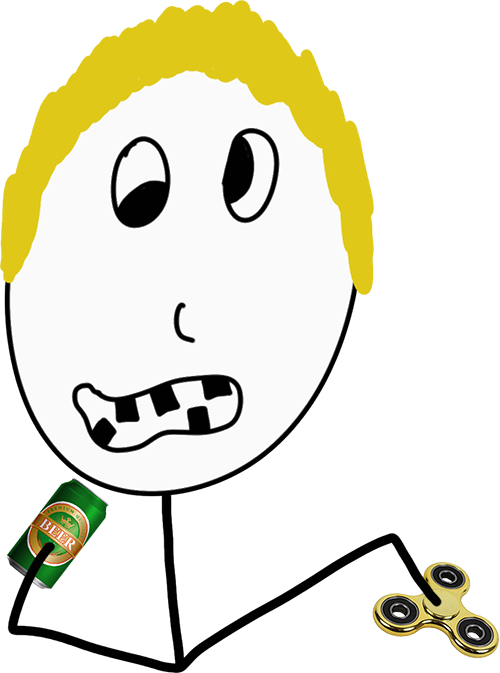 I remember the day when I without a doubt realized I was stupider than other people.

It was almost the end of my 1st year of college in 2001, sitting in a computer science class not understanding what the professor was talking about. I failed out of the computer science program that year ☹️

This was the final data point that showed me without a doubt I was academically dumber than many people around me.

By this point in life, there were enough data points to have evidence that I wasn’t the sharpest Crayon in the box:

The rational side of my brain would have to conclude that I’m on the below-average spectrum of general intelligence compared to my peers:

In fact my college degree and choice of profession even further confirm this assumption:

I ended up graduating college with Political Science as my primary degree. This would also match some of the theories of my IQ place in the hierarchy:

Source: ETS.org
Political Science is somewhere in the middle-ish. 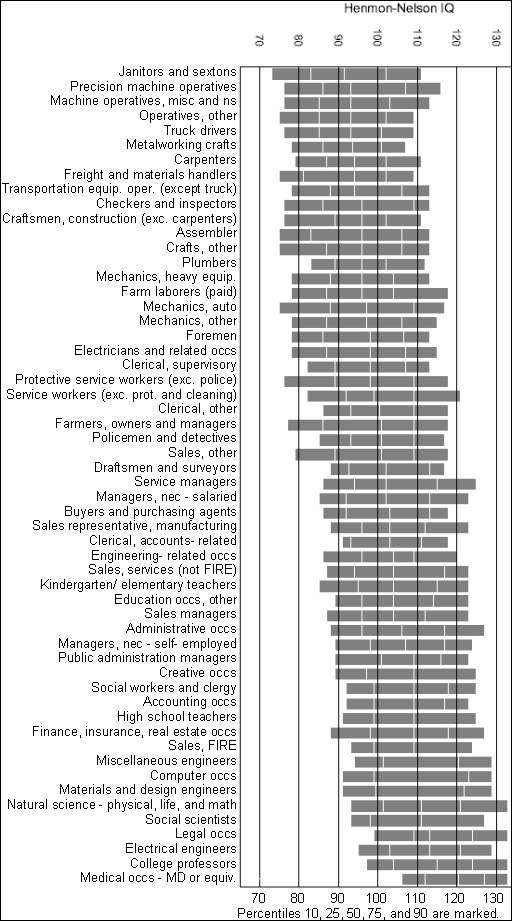 Source: ETS.org
I don’t have a real job so not sure where I am on this chart, but it’s not on the high end 😐 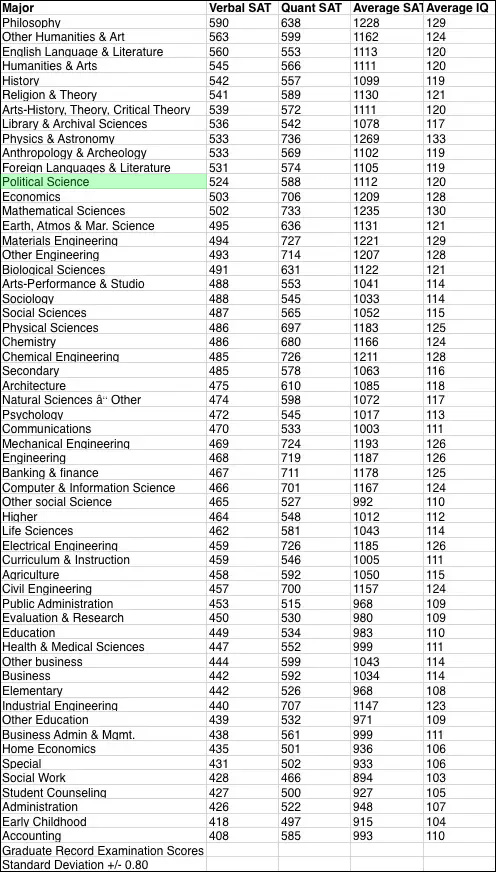 Source: “Meritocracy, cognitive ability, and the sources of occupational success.”
I rocked a 1,280 / 1,600 SAT score. It was one of the lowest in my peer group.
*Note to self* Stop hanging out with so many Asian kids!

Yes I know there’s obvious problems with these charts, I’m just using them to prove a point!
#1.) They are just averages. In any Normal Distribution there are edge cases which are vastly out of range than the average.
#2.) Methods of obtaining data like this are sometimes weird and don’t tell an accurate story.

But these charts further confirm my hypothesis that if my brain were a car, it’d be a stock 2012 Toyota Camry. It’s not flashy and fast like a Lamborghini, but it does the job nonetheless.

Ok so I’m not the smartest, now what?

To combat this feeling of dumbness, most people (including myself) have a properly functioning ego that protects against the thought you might be below average: 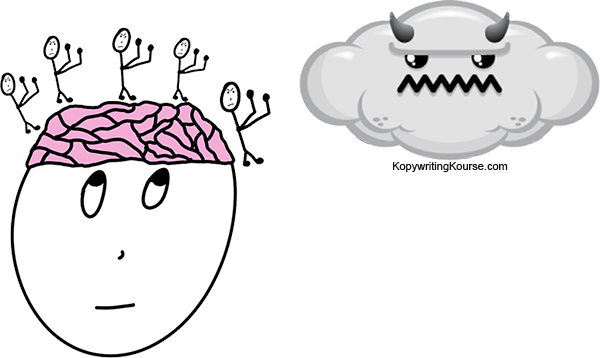 Ego protecting the brain from bad or negative thoughts

The ego is great at placing blame on external reasons you perform poorly!

There’s a major upside many people (especially in developed countries) have:

Compared to the worldwide population, to be amongst the Top Privileged 50% isn’t that hard. In fact most people reading this were probably born into the Top 10% of the entire world population:

This means on that

So out of all humans on Earth, on a Normal Distribution, I would be here in terms of lucking out with my living, educational, and family situation:

Daaaanng I started out strong! Thanks Mom & Dad!!

Not only was I born into this Top 10% of lucky humans, but I also had the advantage of:
– I never had to work a job during school.
– I had a two-parent household who took great care of me.
– I had access to private tutors and after school programs.
– I had educationally focused parents.
– I grew up with multiple strong friend circles.
– I enjoyed most of school and had good socials circle there.
– I grew up in a loving and supportive family.

These things can put you far ahead of a high IQ person that grew up in a rough environment!

The surprising benefits of being dumb!

Believe it or not, there’s some distinct advantages dummies like me can enjoy:

Being happy is easier than many of my friends who are statistically smarter.
My ultra-smart friends tend to ponder deep meanings in life sometimes bum them out or worry a lot. My dumb brain works differently: I just take in the raw input and get raw output. There’s not much processing that goes on in between.

I have a superpower of forgetting things quickly.
Normally forgetting stuff and having an unremarkable memory is a bad thing, but it’s turned out to be a weird superpower.

An email can completely ruin my day. But if I delete it, and check other email, I will have almost completely forgot about that negative emotion unless it’s otherwise brought up gain.

A shoddy memory forces me to compensate by taking many notes and document things:
https://www.nevblog.com/category/notes/
I used to sell my notes in college to other students because they were so good. I have to document things or else I forget. This inadvertently has built up a small “time capsule” of my thoughts for future Neville so he remembers.

I have a crazy-smart friend who always says “I don’t need a camera to remember things, I just remember them.” I cannot relate.

Many of my absolute smartest friends get paralyzed with “what if” questions about the future.
I’d say the people I know that have the highest IQ’s think so deeply about things, they never take big risks. Most of them are still doing really well in life though.

While I was making money through several different businesses in high school, the valedictorian (a close friend of mine) had a job at Wal-Mart wrangling shopping carts in the hot Texas sun for $8/hour.

Being dumb allows you to question things more:
I constantly have to question if I’m hearing information from the person in question directly, or am I basing my opinion on 2nd, 3rd, or 4th-hand knowledge (all of which could distort their message)?

You are forced to compensate by working harder:
You might not be smart as someone else, but if you can grind it out harder, you’ll likely win.

You must actively seek out a friend circle smarter than yourself:
If you KNOW you’re a big ole dummy…..you’ll want to make sure you’re around people far smarter than you are so you can leech off their smartness.

Here’s a quick summary for all the people that are too dumb to read the above stuff:

“Are You Dumb” Cheat Sheet:

Ok so you’re an idiot. Let’s compensate by developing these good habits:

Take lots of notes.
Because you’re so stupid you’ll likely forget important stuff, therefore you must write it down.

You must question things more.
Smart people can come to conclusions quickly, but your dumbass isn’t capable of that. You must break things down into little logical bits, then slowly connect them together.

You are forced to compensate by working harder.
Get ready to work harder because your brainpower alone will not do you much good.

You must actively seek out a friend circle smarter than yourself.
Make sure you try to hang around the really smart people. Because you’re dumb your value-add to the group might be taking great pictures, bringing snacks, cooking, being funny, whatever……

“Are You Dumb” Slider Test:

Slide the X and Y axis to see where you start from:

Natural Intelligence
Start In Life
You might be ok.
You’ll likely be pretty great.
Not a great chance.
You still have a good shot.
BAD
GOOD
GREAT
↑0

If you’re in the yellow or green, you’re in luck! You have a great shot at making it!

P.S. The moral of the story is that everyone feels dumb from time to time, it’s normal, it’s healthy, and there will always be some group of people smarter than you in some area.

P.P.S. I originally wrote this post just to demo how a post is created.
Here’s ~4 hours of creation time sped up 75X into a 2 minute video!